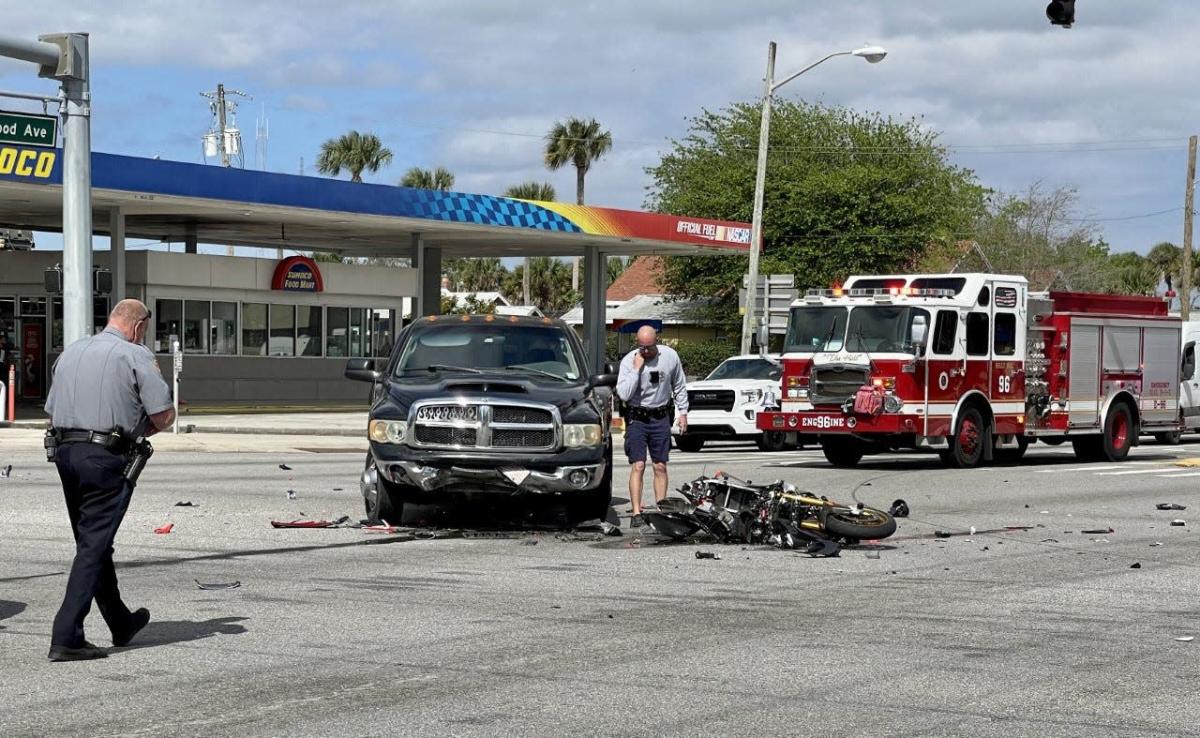 DAYTONA Beach — A 20-calendar year-previous New Smyrna Beach motorcyclist was killed in a crash with a pickup Sunday, producing him the area’s sixth bike fatality during Bicycle Week 2022.

The crash happened on the very last working day of the event at all-around 11:30 a.m. at Ridgewood and Mason avenues in Daytona Beach. The rider, recognized as Miguel Menezes Madureira, died at the scene, police mentioned.

Law enforcement said Madureira was northbound on Ridgewood Avenue at a high amount of velocity, and when he entered the intersection at Mason Avenue, slammed into the front of a Dodge Ram pickup that was producing a remaining turn east on Mason Avenue.

The closely destroyed motorcycle lay in the street in front of the pickup Madur’s helmet was not much from the crash.

Sunday’s fatality was the fifth described in Volusia County. A sixth motorcyclist, a Palm Coastline person, was also killed in a crash in St. Johns County throughout the 10-working day Daytona Bicycle 7 days.

The initially two bike fatalities have been noted by the Florida Freeway Patrol on March 5. That crash occurred at 10:35 p.m. at West New York Avenue/State Street 44 and Eau Claire Avenue in close proximity to DeLand.

In that accident, troopers claimed a Toyota Corolla pushed by a 41-yr-previous Orlando guy remaining the eastbound lane of SR 44 and plowed into two of three motorcycles that were westbound on the exact same road.

The driver of just one motorcycle and his passenger were being killed in the wreck and the driver of a next motorcycle suffered major injuries, investigating troopers reported.

The driver of the 3rd motorcycle tried using to prevent having hit and laid the motorcycle in the highway. He suffered minimal accidents, troopers claimed.

Troopers responded to a next motorcycle fatality on March 9. A Volusia County deputy arrived on the crash on Pioneer Trail close to New Smyrna Seaside all around 4:30 a.m. The motorbike ran off the road and struck a culvert, ejecting the rider, a 42-12 months-aged person from Pembroke Pines, the FHP mentioned.

On March 7, Port Orange law enforcement responded to a 3rd motorcycle fatality. Police Sgt. William Harrison mentioned the crash transpired in the 1700 block of Dunlawton Avenue around 4:12 p.m. Police reported the rider died at the scene of the crash.

Also on March 7, a 39-year-old Palm Coastline motorcyclist died immediately after hitting an SUV at the intersection of Condition Highway 206 and U.S. 1 in St. Johns County, in accordance to the FHP.